Pyridinium chlorochromate (PCC) is an oxidizing agent which can oxidized alcohols to aldehydes and ketones. 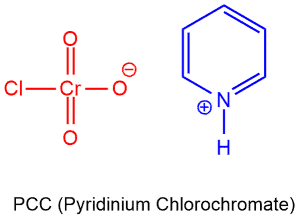 The properties of PCC:

One disadvantage to the use of PCC is its toxicity, which it shares with other hexavalent chromium compounds. 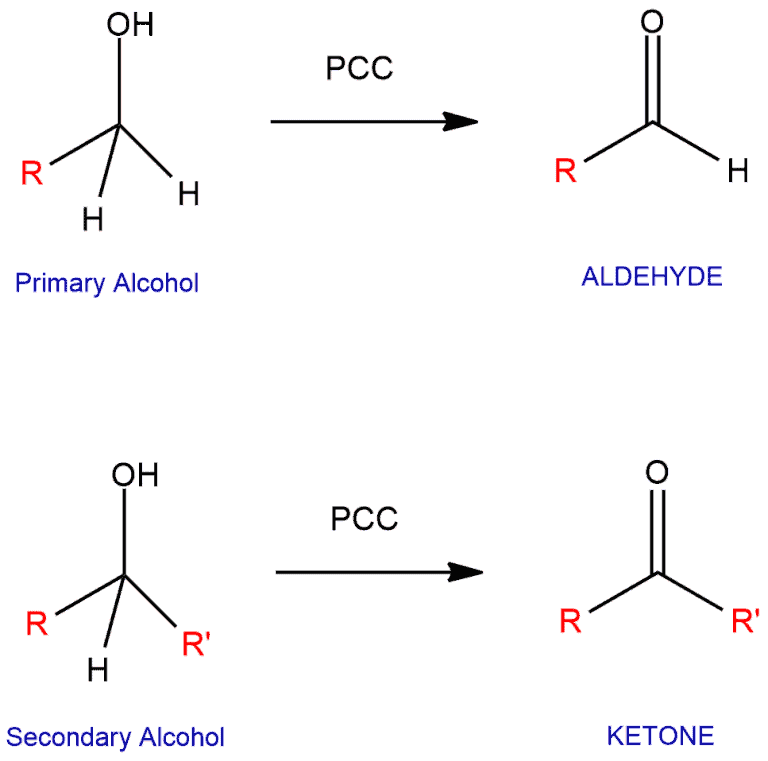 The mechanisms for these reactions are the same and consist of four steps. We can see them on the above-marked pages.

These reactions of this sort are actually a kind of elimination reaction. We are going from a carbon-oxygen single bond to a carbon-oxygen double bond which means that two groups are eliminated. This is achieved if we have a good leaving group attached to oxygen or chromium. This leaving group will be displaced when the neighboring carbon-oxygen bond is broken with a base. 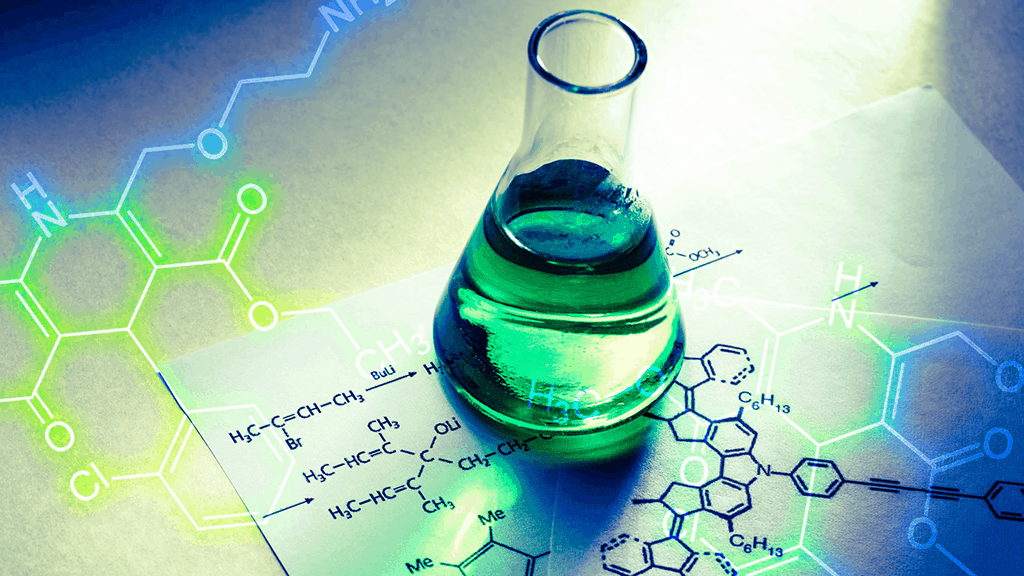