The Sharpless Epoxidation (or SAE, Sharpless Asymmetric Epoxidation) is an enantioselective epoxidation of allylic alcohols. Let’s remember, epoxidation is oxidation reaction of alkenes where cyclic ethers are obtained in which both carbons of double bond become bonded to the same oxygen atom. 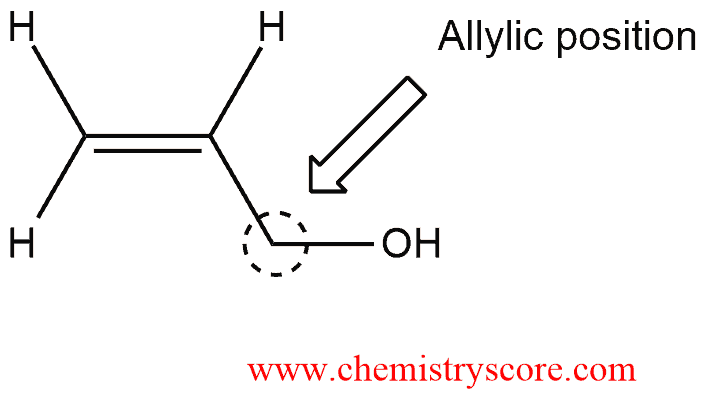 Sharpless’ catalyst is comprised of titanium tetraisopropoxide, Ti[OCH(CH3)2]4 and one enantiomer of diethyl tartrate, DET: 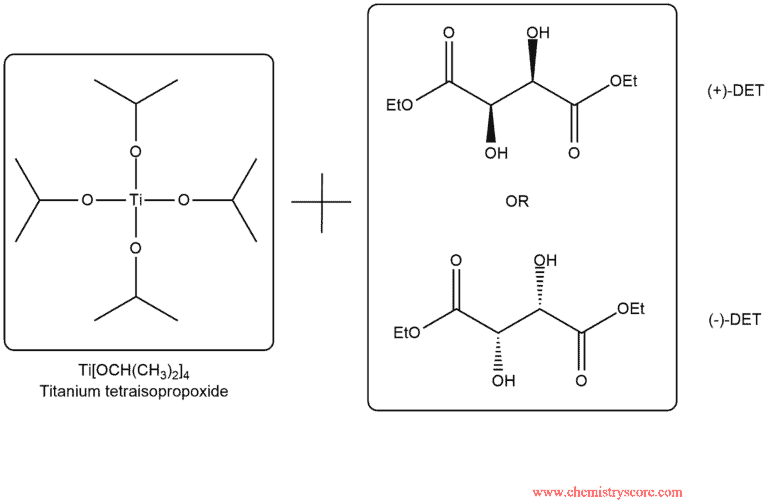 Titanium tetraisopropoxide forms a chiral complex with either (+)-DET or (-)-DET, and this complex serves as the chiral catalyst. In the presence of such a catalyst, an oxidizing agent such as tertbutyl hydroperoxide (t-BuOOH) can be employed to convert the alkene into an epoxide. Dichloromethane is a solvent and this reaction takes place at a temperature of -20°C. The stereochemical outcome of the reaction depends on whether the chiral catalyst was formed with (+)-DET or (-)-DET. Both enantiomers of DET are readily available, and either one can be used. By choosing between (+)-DET or (-)-DET, it is possible to control which enantiomers is obtained: 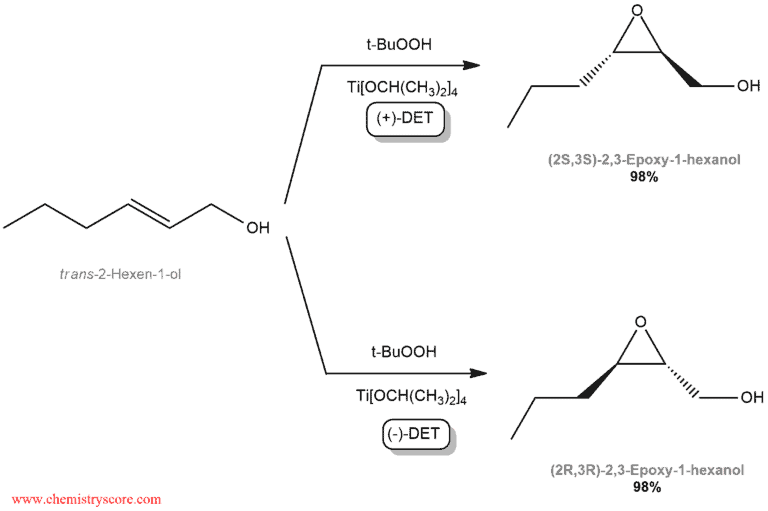 This process is highly enantioselective and is extremely successful for a wide range of allylic alcohol. The double bond in the starting material can be mono-, di-, tri-, or tetrasubstituted.

The outcome of a Sharpless epoxidation can be predicted by using the following mnemonic: 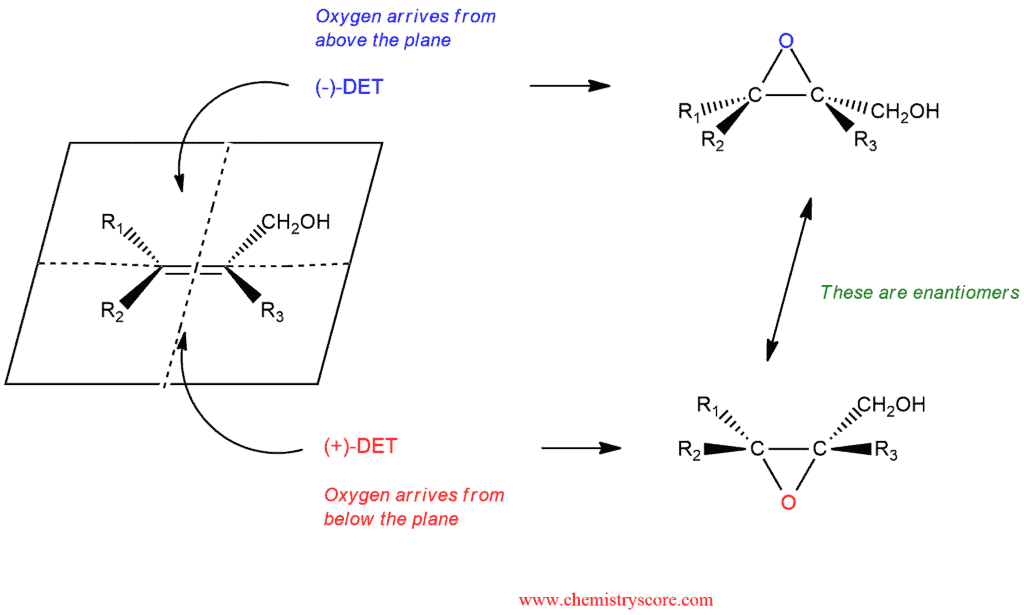 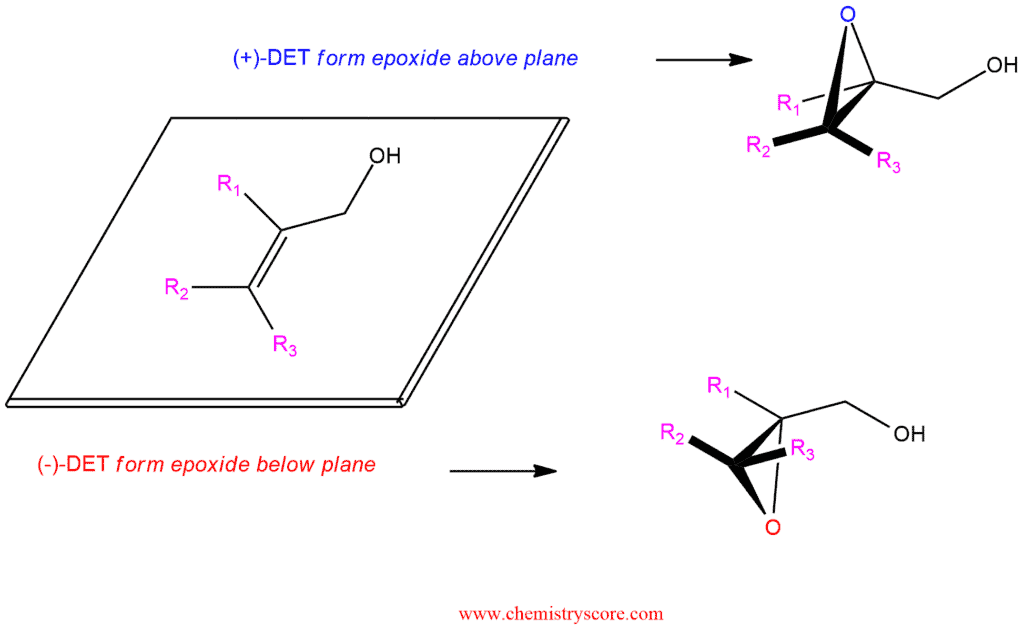