The pKa table is very useful and it’s really important to become familiar with them. The pKa table tells you a lot more information than you realize. They don’t only tell you the pKa values for each set of species with certain functional groups, they also tell you the relative strength of each species. We can also predict whether a reaction will occur via the SN2 / SN1 or E2 / E1 mechanism, or it will be an acid-base reaction. 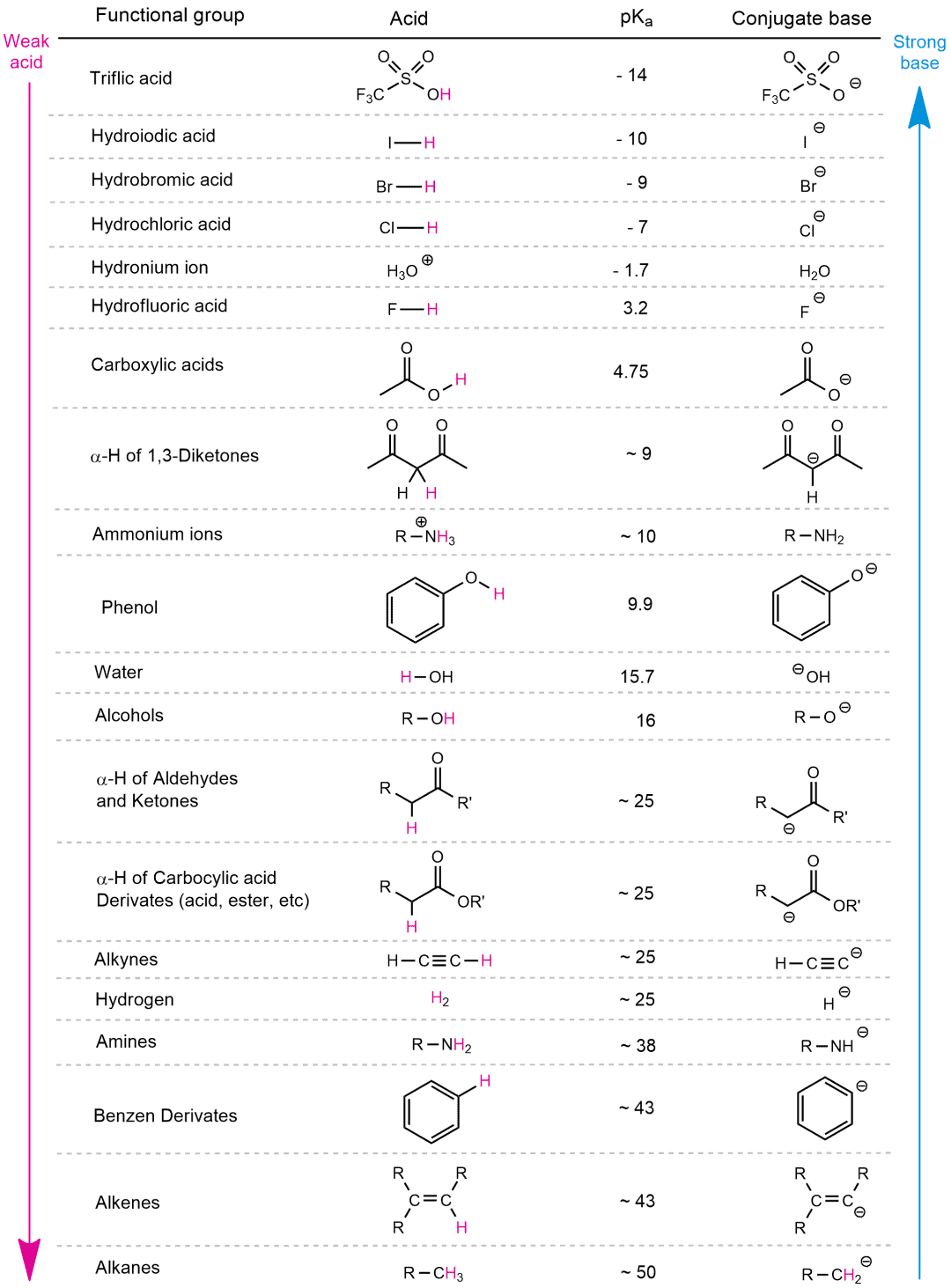 The pKa is equal to the negative logarithm of the Ka. Because of the way the logarithm function works, a smaller pKa means a larger Ka. Ka is called the acid dissociation constant.

pKa and Ka describe the degree of ionization of an acid or base and are true indicators of acid or base strength because adding water to a solution will not change the equilibrium constant.

pKa is helpful for predicting whether a species will donate or accept protons at a specific pH value. For example, if our acid is hydrobromic acid, the pKa of its proton is approximately -9. When the base removes this proton, a conjugate base of a hydrobromic acid (bromide ion) is obtained. As already said, the less pKa, the acid is stronger. This means that hydrobromic acid is a very strong acid. It can easily donate a proton. Therefore, the resulting conjugate base of this strong acid is a very weak base. A stronger acid will tend to react with a stronger base to produce a weaker acid and a weaker base. But if we have alkanes which have pKa approximately 50, donating a proton will be very difficult. This means that alkanes are very weak acids. Actually, they are the weakest acids.

It would not be bad to remember number 16. Because he is here in the middle. Alcohols and water have this value (in fact, the water has 15.7 but we can say 16). They are practically neutral. Compounds with pKa higher than 16 are bad acid, and lesser than 16 are good acids.

Most acids that we will see in organic chemistry are weak. This means that they have high pKa values.