Treatment of vicinal (or 1,2-) diols with an oxidant such as NaIO4, HIO4, or Pb(OAc)4 cleaves carbon-carbon bonds and forms carbonyl compounds.

When diols treated with sodium periodate (NaIO4), the carbon-carbon bond between the two diols is cleaved, and we form two new carbon-oxygen double bonds. This can give us either aldehydes or ketones, depending on what our starting diol looks like. This is shown in the following examples: 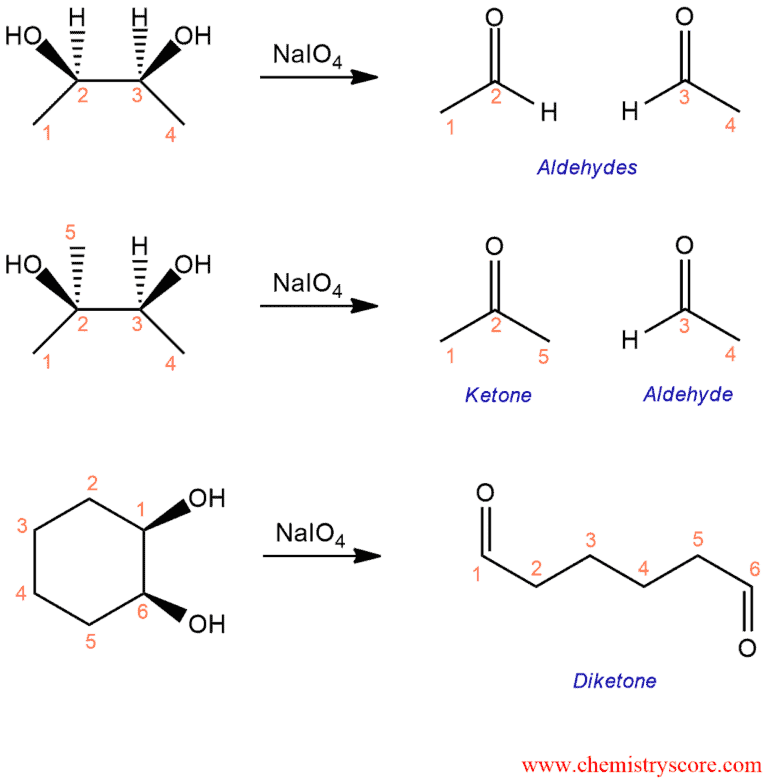 The mechanism of this reaction begins with a nucleophilic attack to iodine of protonated sodium periodate. Water removes the proton and becomes hydronium ion. This ion donates a proton to the oxygen that is double bonded to iodine. Then, the other hydroxide from diol attacks iodine and a positive charge on the protonated oxygen removes. This step is a kind of reverse cycloaddition. And water again removes the proton and positive charge from the oxygen. 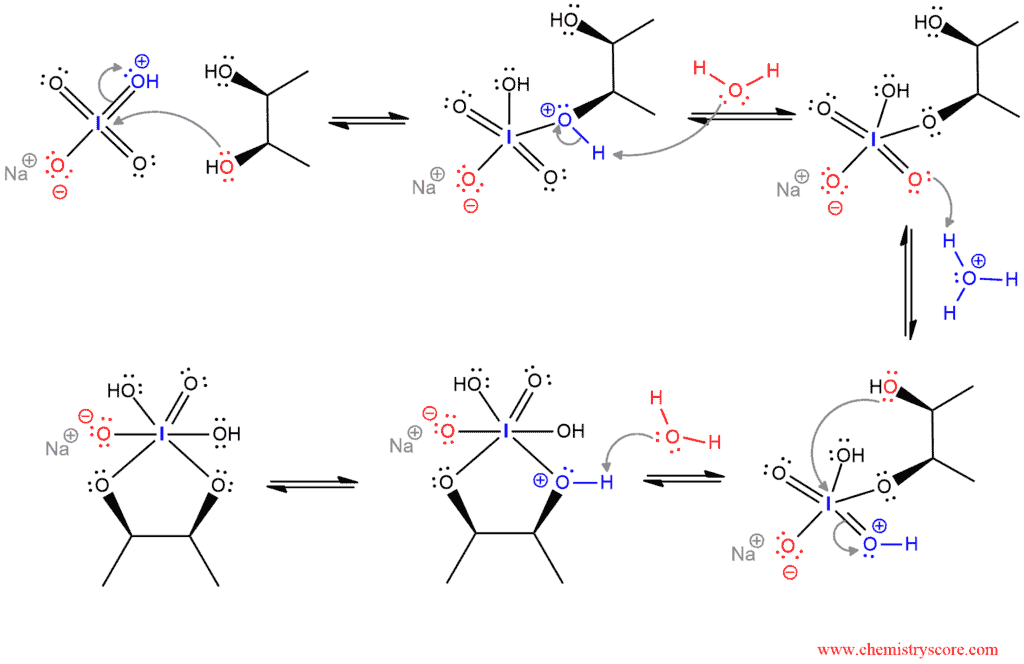 This is the key part of this mechanism, where the cyclic iodate ester breaks down to give two carbonyl compounds. This step is irreversible.