Infrared (IR) spectroscopy is a very useful method for detecting the characteristic bonds of many functional groups through their absorption of infrared light. 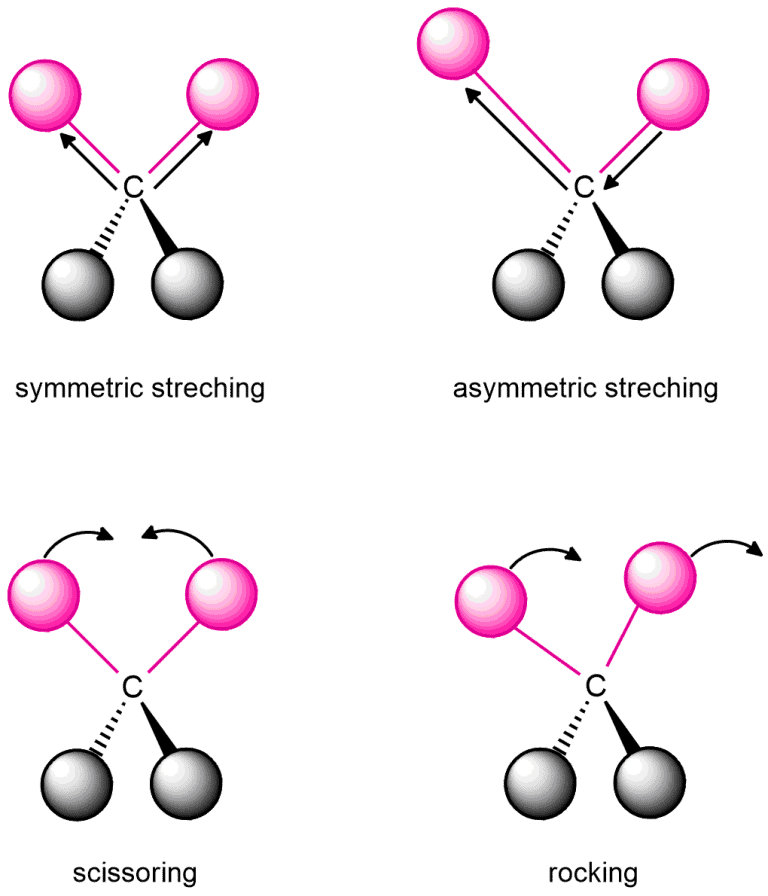 At first glance, the IR spectra look very complicated, but the only three things you need to know are:

Let’s considers all of these.

IR spectra can be divided into two main regions:

How will you distinguish these regions except the look of the peaks?

Using the value of the wavenumbers.

When we look at the following table of the characteristic stretching wavenumber values for the bonds, we can see that the most absorbing in the region above 1500 cm‾¹ and up to 3650 cm‾¹. This table shows some of the bonds and areas in which they appear. Some? So there are more? Of course, but this is enough to start. You’re probably confused with so many values in this table but don’t worry, you’ll easily remember them. You don’t have to learn all of these numbers right away because it will soon become a routine. 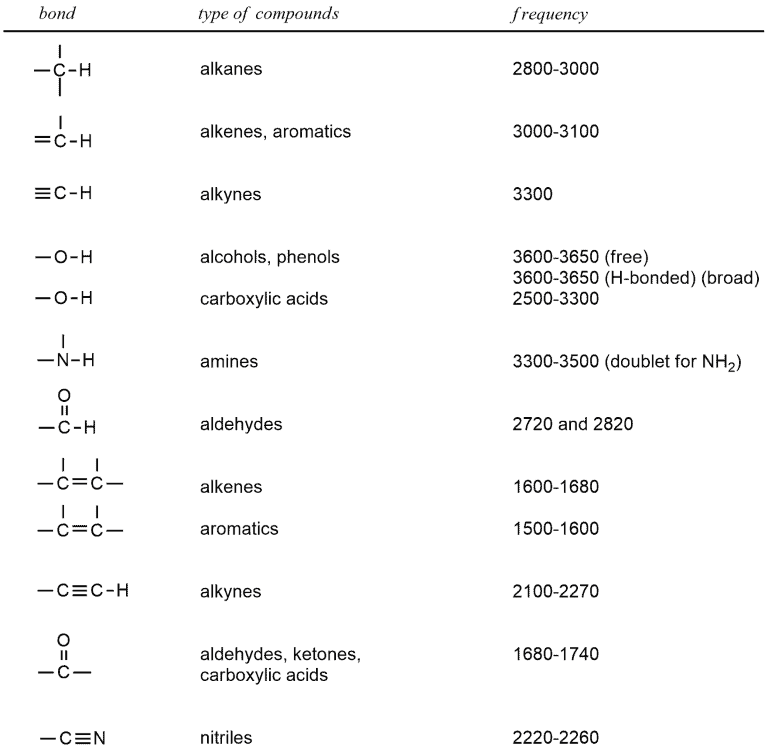 The third point explains everything. Now everything will be much much easier.

Now, all you need to learn is the location and shape of the peaks. Here are typical infrared absorption values for various types of bonds: 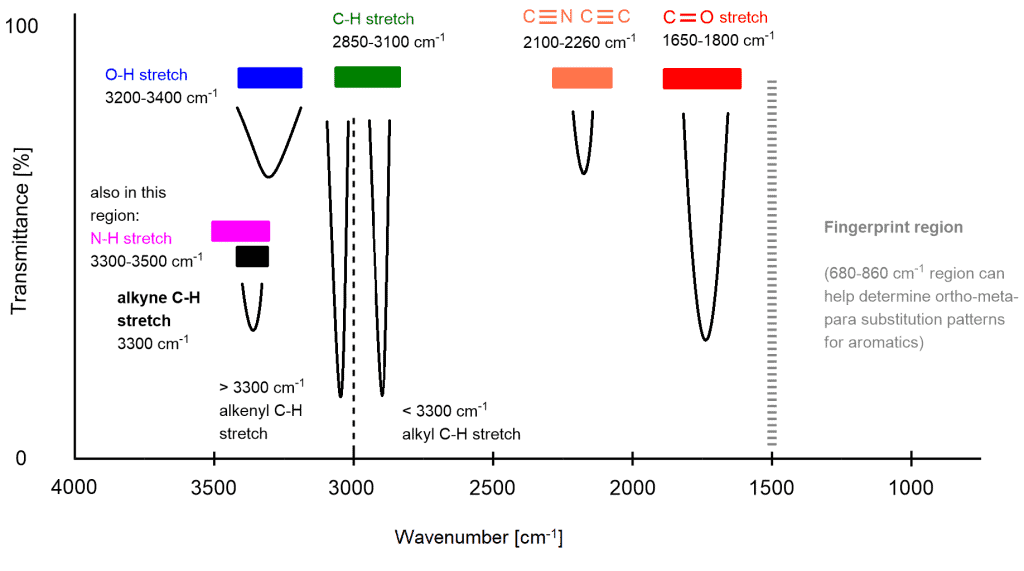 The most common signals are shown in the picture above, those you need to master first, but I will add even more (marked with *) in the text that also often appears in the spectra.