The rule that states that it is not possible for double bonds to be formed on the bridgehead carbon atoms of a bicyclic system if it involves a trans π bond being incorporated in a ring comprised of fewer than eight atoms.

In principle, the Bredt’s rule is simply a consequence of the strain induced by a planar bridgehead carbon.

And therefore, bridgehead double bonds are unstable due to poor orbital overlap. 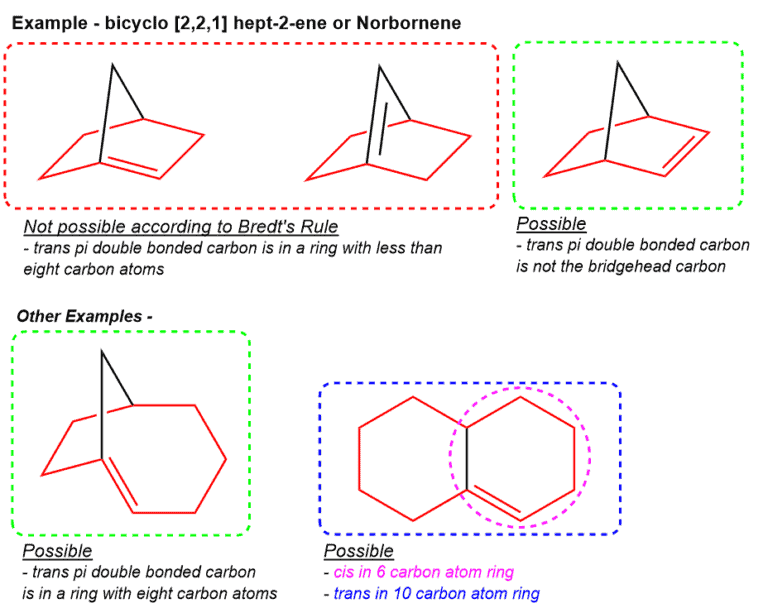 *The ring for trans pi double bond is shown in red