An elimination reaction in which a proton from the beta (ß) position is removed together with the leaving group, forming a double bond. 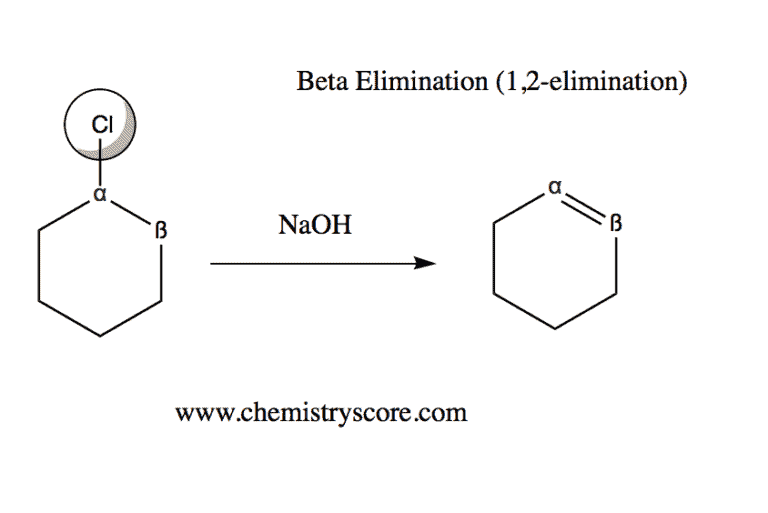 The key point in this type of elimination is to recognize that the end product results in a double bond [C=C], which is called an alkene.