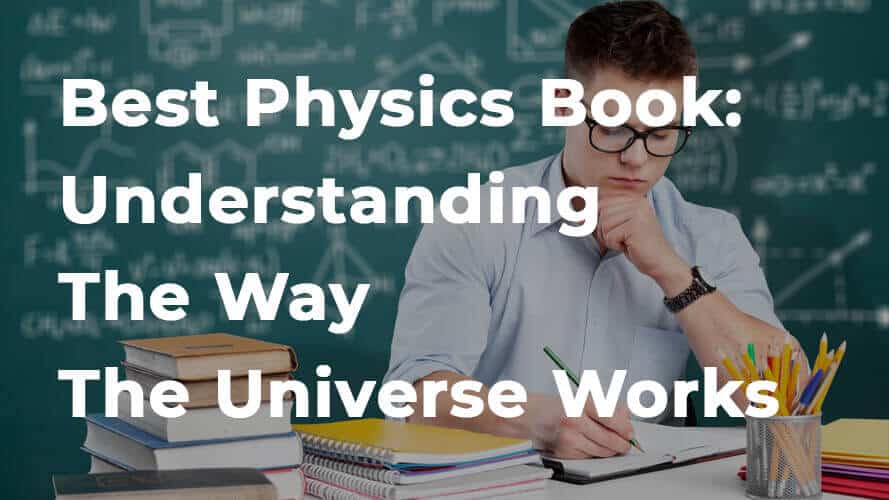 So, You’d Like To Learn Physics?
Getting A Good Deal: Save Money On College Textbooks

To the majority of people, physics is nothing more than a cause for headaches, but to some, it’s the excitement of discovering the laws and patterns of how the world around us – even the entire universe, – works.

Anyway, if this is something that brings you joy, you’re going to need the best physics book to get you through your studies – and that’s precisely what you’ll find in this guide.

The Feynman Lectures on Physics

Mathematical Methods in the Physical Sciences

**Below, you’ll find more detailed review, but you can also click links above to see current prices and read customer’s reviews on Amazon.

If you’re thinking of taking up physics in college, there are two things you need to know:

it’s going to be a lot different than school-level physics. From developing a new approach to familiar-sounding areas to entirely new subjects – you get the picture.

Lots and lots of math.

Now, before we go any further, let alone dive into the in-depth reviews of the actual textbooks, I’d like to take a second to explain to you what general physics education looks like, and what kind of knowledge you’re most likely to obtain in both undergraduate, as well as graduate-level studies.

I promise to keep it short and to-the-point, though!

Graduate-level physics, on the other hand, cover the following areas:

You’re not seeing double – it does include some of the same topics as undergraduate physics, but with a lot more depth and mathematical rigor.

Getting A Good Deal: Save Money On College Textbooks

After you spend what seems like an entire fortune on your tuition, dorm room, and what not, there’s one more budget-busting venture – buying textbooks.

And let me tell you something:

The prices can get ridiculously high!